Famous Celebrity Noses & Celebrity Rhinoplasty: Who Did & Who Didn't?
Skip to content

Our clinic is open for consultations, surgery, injectables and post-op scar treatments except for those in these suburbs – click here. For more information please phone 03 8849 1444 or email us

Celebrities Who Celebrate their Unique Noses.

There’s a pressure to look “perfect” in Hollywood – both ON and OFF the big screen. Many famous stars have had nose reshaping surgery (Rhinoplasty) early in their careers. Yet some celebrities have embraced their readily-recognisable nose shapes even though they are far from perfect.

The celebrities we’ve chosen to highlight aren’t just renowned for their incredible acting talents. In some instances, their noses actually steal the show. For these top celebrities, their stand out noses have become part and parcel of their onscreen – and off-screen – identity.

When you think of famous but unusual-looking noses in Hollywood, who comes to mind first other than the great actor Owen Wilson? Owen Wilson has what is considered one of the oddest shaped noses of anyone who has ever made celebrity status in the entertainment industry. According to People magazine, Wilson’s trademark nose bump and large bulbous nose tip aren’t exactly a natural look. It’s more the result of him breaking his nose, twice, allegedly during a high school brawl and/or while playing football with friends.

If his nose was injured from playing football, it’s certainly not uncommon.  Sporting accidents, freak accidents and vehicle mishaps are some of the key reasons a nose can become ‘bent completely out of shape.’ These are also the common reasons people seek Rhinoplasty surgery to reshape their noses or correct a deviated septum. In regards to how it helps him in his film career: our blog team believes his nose gives him a roguish look that renders him suitable to play very-believable, ‘everyday’ style character roles – including the charming but vulnerable boy next door…yes, the one who broke his nose playing football. You’ll no doubt be familiar with Owen Wilson, but if not, watch Midnight In Paris or The Wedding Crashers. The most recognisable songbird, at ~70 years of age, still looks absolutely stunning.

It’s obvious the legendary singer has likely had a little “cosmetic work” to help maintain her extremely youthful appearance. But one thing is certain: no Surgeon has ever touched that famous nose of hers. Her nose hump is part and parcel of her persona as well as her singing career. It’s probably a great thing that she’s never chosen Plastic Surgery to reshape her nose (called a Rhinoplasty). That’s because the nasal structures can either add to – or take away from – the sound of a singing voice.  Not all Rhinoplasty procedures will impact a voice, but with a voice like hers, it seems she didn’t want to take a chance that surgery might impede her octave range. Plus, her voice – along with her extremely recognisable nose – has spawned an unstoppable music career.

In several interviews (including a 1985 interview with the famous celebrity interviewer, Barbara Walters), Barbra Streisand stated that she had “never had a nose job” out of fear that it would “ruin her career.”  If what’s been printed is correct, then according to Barbra, it’s her deviated septum and nose shape that helps makes her singing voice so incredibly beautiful, after all.

That noted, many singers have chosen Rhinoplasty surgery and maintained their stellar music careers.

Mariah Carey and Ashlee Simpson both are reported to have had nose reshaping surgeries.

Actress and Singer Nicole Kidman also appears to have had a nose job, quite early in her career – yet her voice in the film Moulin Rouge and in a duo with Robbie Williams maintains a beautiful tone. Another famous face – and celebrity nose – is that of ~70-year-old actress, Helen Mirren. The English actress is perhaps best known for her portrayal of Queen Elizabeth II in the 2006 movie The Queen.

Her nose is often described as somewhat long, somewhat pointed and having a thin nasal bridge. This type of nose is sometimes said to portray a sense of regal elegance. Like everything else we see Helen Mirren wear, she wears it extremely well.

For her list of amazing films, visit her IMDB page.

Actor Adrien Brody has a nose that is distinctive in size, but that’s not all that makes him unique 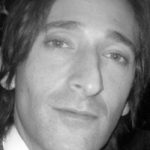 Adrien Brody, born in 1973, first shot to fame after playing in Roman Polanski’s highly-rated film, The Pianist.  This award-winning actor’s nose is one of his most distinctive features.

It’s obviously larger in size than many of the typical noses you tend to spot in Hollywood.  If you look closely, you’ll notice that it’s also a little bit crooked as well as large in size.  It is believed that broke his nose in 1999 while filming a scene in Summer of Sam.  Image adapted from Wikimedia Commons. Gerard’s nose – long, with a notably bulbous tip – is part of his character in many of his roles. Whilst he’s obviously never had a Rhinoplasty surgery (if so, it is possible something went askew) – his daughter Julie has reportedly undertaken five (yes 5) nose job surgeries before she was 40 years in age.  Journal stories claim she didn’t want her nose to resemble her famous father’s nose and chose to have nose surgery instead.  Why five?  Rhinoplasty surgery can be very challenging to get right the first time, and revisions are fairly common. It’s a very complex surgery and with some noses, it’s akin to having 20 to 30 separate operations in just one procedure.  Read about his daughter’s nose job surgeries.

Meryl Streep has a strong, distinctive nose that she used to hate This talented actress – with the trait of excelling in every role she’s ever played – has reportedly admitted that her nose is a bit on the long side. But she’s also fully okay with that, according to interviews. It has been said that there was a time she absolutely hated her nose, but she now proudly embraces her features.  “Everyone tries to look a cookie-cutter kind of way, and actually the people who look different are the ones who get picked up,” she once said in an interview.  Being instantly recognisable and having a unique profile can be a great thing in Hollywood, it appears – and whilst we love her nose, we also think that her superb acting abilities – even more than her appealing facial features – are what has landed her so many well-deserved awards.  One of the best, brightest and strongest.  Image adapted from Wikimedia Commons.

Rhinoplasty Guide: What’s it like to have a nose job? Celebrities that embrace their noses – and those who don’t

Having a misshapen or otherwise distinctive nose can give your entire face a lot of ‘character’ – it can also give you instant profile recognition.

If you’re a character actress or actor with great acting skills, having very distinctive features can sometimes help your career. Alternatively, it can potentially leave you pigeonholed for certain types of roles.  The above actresses and actors have embraced their distinctive features or – as could be the case for Owen Wilson with two prior nose breaks –  embraced their ‘notable nose flaws.’

But what if you’re no longer wanting to live with a very distinctive, long, twisted nose or deviated septum which interferes with your breathing or sleep?  You  CAN try either filler injections (which can work to balance out the nose bridge), bridge augmentation, or a surgical option including Tip Rhinoplasty.

Many other celebrities may have taken to Plastic Surgery (Rhinoplasty) to get a ‘dreamier’ nose. Rumours still abound that Actress Julia Roberts and Actor Patrick Dempsey (AKA Derek Shepherd – “Dr McDreamy” from the award winning TV show Grey’s Anatomy) may have had nose surgery – but the jury is out and they’ve reportedly never stated they did so. Take a look at their photos and judge for yourself!

For more information about Cosmetic and Plastic Surgery options and research in Australia.

Despite the superstars above, who kept their birth-given noses and rose to the top in their field, there are plenty of other top actresses and actors who DIDN’T embrace the nose they were born with.

Instead, these top actors chose Rhinoplasty surgery to get the nose they wanted.  These include the likes of Patrick Dempsey, Nicole Kidman, Jennifer Aniston, Scarlett Johansson, Winona Rider and Ryan Gosling, to name but a few.

Is Rhinoplasty surgery for you?

If you love and accept having a distinctively sized, humped, large or crooked nose – as some of the celebrities above did – that’s fantastic. It means you’re perfectly content with how nature and life events have shaped your nose.  But if not, that’s entirely normal. Few of us actually seem to LOVE the noses we were given or acquired at the gym or while cycling. Of all of our facial features, the nose is usually the one feature that most of us wish were ‘just a bit different’ – or a lot different – than it actually is.

If your nose leaves you feeling:

You may be a candidate for a Rhinoplasty surgery procedure (often called a ‘nose job’).

Rhinoplasty surgery is a procedure whereby a Plastic Surgeon reshapes and/or straightens your nose. The scar is typically hidden where the nose meets the skin above the upper lip. Rhinoplasty surgery is often life-changing. It can help you to attain a more harmonious overall facial balance – as well as a better-looking nose – after you heal from surgery.  Surgery is serious, however, and you’ll want to fully understand the procedure and healing times before you consent to surgery. If you want to see if you’re a suitable candidate for surgical nose reshaping, give our Patient Coordinators a call during Clinic hours on (03) 8849 1444. They will help you schedule an appointment with a top facial Plastic Surgeon and nose reshaping Specialist including Dr Richard Sackelariou.

Do your feelings about your nose shape or size make you want to explore changing your nose through Plastic Surgery?

Our Specialist Plastic Surgeons can answer your questions about Rhinoplasty surgeries including deviated and help you achieve the nose you’ve always wanted. Contact us today at (03) 8849 1444 or send us an enquiry to begin your journey towards getting a nose that YOU think better suits your overall facial appearance.